be healthy > body > what is the appeal of mixed netball?

What’s the appeal of mixed netball?

Chris Green has been playing netball for 20 years, since he was seven. He now has played mixed as well as men’s indoor netball for England and wants us all to join in.

How did you start playing netball?

My mum coached the school team when my older sister was at primary school and carried on coaching until I left. We were allowed two boys in the team. I played goal attack and Jamie, the other guy, played centre. When we were in Year 6, we won the league and the cup thanks to an undefeated season. I also ended up with the player of the year award.

The seven wonders of Pilates

What do the London Irish rugby team and Sir Ian McKellen have in common? It’s not the start of a joke – they’re all fans of Pilates.

How often do you play?

After leaving primary school, it became difficult for me to play, as boys weren't allowed in the team at secondary school. When I turned 18, I found out about indoor netball, which is now known as ‘nets’ under our England Netball governing body. I was selected to represent the England nets team in 2008, 2010 and 2012. These were competed between England, Australia, New Zealand and South Africa. In 2010, I was nominated in the top four players of the tournament, which included the women as well – it was a great achievement for me.
In 2014, I decided to switch to mixed netball at the World Indoor Netball Championships and we narrowly missed out on a silver medal by two goals – I was gutted!
There are so many barriers to participation in this country for male netball players. I know there are some mixed leagues in London and Manchester, but in Bristol, where I'm from, there's nothing at the moment.

What’s the appeal for you?

Netball is a great sport – it has so many transferable skills into other sports. For example, I play American football semi-professionally in Sweden, where I currently live, and netball has helped by game massively in terms of hand-eye coordination, catching and footwork. Netball, despite what a lot of people say, is a very fast sport and a high level of fitness is required. It’s also great fun. I jump at any opportunity I get even if it means travelling all the way up north for one game!

What would you say to someone who was thinking of taking it up?
I would obviously say do it! I played basketball at school along with netball, but I preferred netball as it's just so much faster. Mixed netball is great, as my sister and I get to play together, which is awesome and something we would never be able to do in any other sport.

Why do you think the sport is enjoying a bit of a resurgence?

Netball has a lot more media coverage now on Sky Sports: you can watch super league, ANZ and international games. I think this has had a huge impact on its popularity. You also have the best league in the world, Suncorp Super Netball in Australia, available to view on an app. The competition in this league is fierce and it's where you can see some of the world’s best players in action.
I think the way it has adapted and is no longer non-contact has made it more popular with men, as it's much more physical now, which makes it exciting to watch. Furthermore, netball can finally be seen as a professional sport – you can earn enough with a netball contract to live off.

Tell us about your own fitness regime.

I go to the gym to lift weights four times a week, and I train with my American football team three times a week and we also have games. On top of that, I play other sports and - when I can - I train with my sister’s netball team. With the growing obesity problem, it's vital that everyone stays fit and healthy for a prolonged and better quality of life. Exercise is great for releasing endorphins to make you feel good. I also find that it relieves stress and if I ever need to take my mind off something, it's my safe haven. It's important to stay fit not just for your body, but also for your mind.

Netball is a great sport and I would encourage anyone to get involved. Australia has a great set-up for men's and mixed netball and hopefully England will follow suit. I would strongly urge men who would like to get involved to find out about where they can play. I am always on the look out for new players for the national program. If anyone would like to know anything more, please get in touch with me via email: greener5@hotmail.com

Do you have a fitness story to share? We’re looking for stories to inspire others to take up or return to sport, whatever their age. Email stayinghealthy@benenden.co.uk if you would like to feature or know someone else who is inspiring.

Could your employees be struggling with their mental wellbeing while working remotely? While there are times when we may feel we are managing remote working reasonably well, remote working coupled with social distancing has made many of those working from home feel physically isolated and emotionally disconnected... 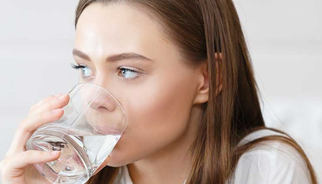 Could your employees be struggling with their mental wellbeing while working remotely? While there are times when we may feel we are managing remote working reasonably well, remote working coupled with social distancing has made many of those working from home feel physically isolated and emotionally disconnected...