There is hope, however.

Patients that live at least 10 years after diagnosis.

This dramatic rise in survival rates is the result of pioneering modern treatments, swifter diagnosis and the availability of essential funding. High-profile fundraising initiatives, such as Movember, have raised substantial sums for the research and development of new treatments.

LET'S START WITH THE FACTS

While prostate cancer treatments, survival rates and diagnoses have come on in leaps and bounds with the advancement of medical prowess, awareness around the disease is still lacking. One of the reasons for this is the fact that not everyone is aware of the shocking facts and figures, which are themselves largely neglected by news outlets.

So, what do we know?

The risk of developing prostate cancer increases with age.

While prostate cancer is largely symptomless, there are certain warning signs to look out for:

According to YouGov (June 2014), 83% of men at an increased risk of prostate cancer don't grasp that their chance of developing the disease is higher.

of men at a greater risk of prostate cancer admit that, even if they were aware of this but didn't have any symptoms, they wouldn't speak to their GP. 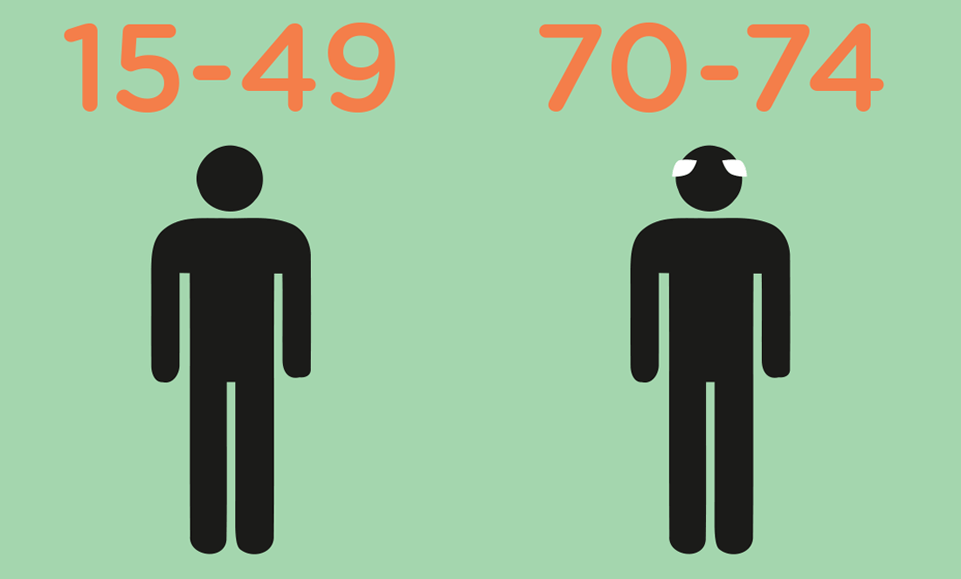 This may paint a rather grim picture of the state of prostate cancer in the UK, but rest assured, it's a far cry from what it used to be...

THE EVOLUTION OF PROSTATE CANCER TREATMENT

However, with improvements in technology and research came the development of medication, alongside other treatments that have their roots in the early methods that now seem so alien.

EACH YEAR IN THE UK, AROUND 2,300 MEN ARE DIAGNOSED WITH TESTICULAR CANCER

Click on the dates below to find out more

For all the winces, shudders and shock that some of these old treatments induce, it's safe to say that, without them, modern prostate cancer treatment wouldn't have evolved into what it is today – a holistic, multi-faceted approach tailored to every stage of the disease a patient could be diagnosed with.

Active surveillance involves just that: active surveillance. Offered primarily to men who might not need radical, invasive treatment, this method uses regular PSA tests and biopsies to monitor cancer for signs of progression. 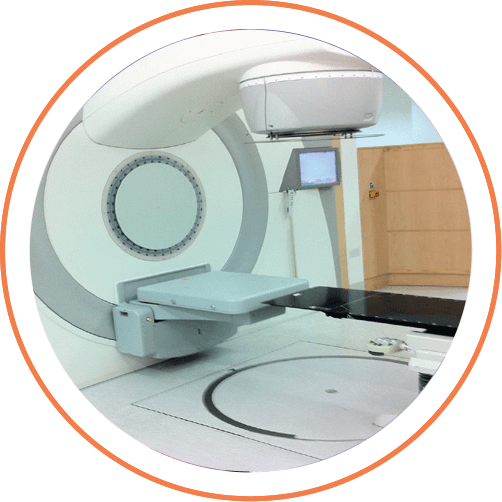 While brachytherapy is still used as an early stage cancer treatment, external radiotherapy is much more common. This method treats cancer cells by directing high energy x-rays into the tumour. These rays destroy the cancer cells, thereby halting or slowing tumour growth, with minimal damage to normal cells.

Prostate cancer cells are so aggressive because they have everything they need to multiply right in a man's body. They feed on testosterone, a readily available resource that can be controlled using hormone therapy. The drugs are delivered using injections, implants or anti-androgens, and by preventing testosterone from acting on the prostate cells, can keep cancer under control for a number of years. 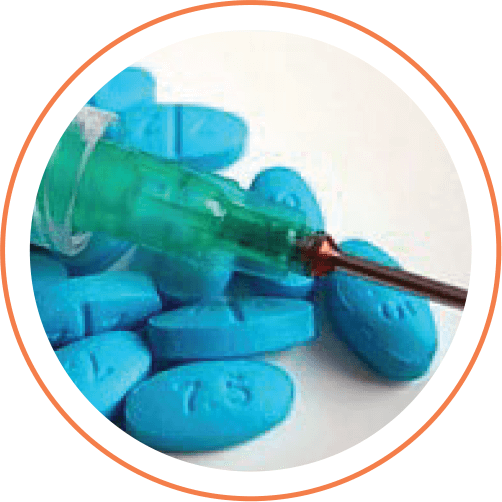 Steroids are a less common alternative to hormone therapy, and are used if the latter, sadly, stops working. Steroids can shrink cancerous prostate tumours and stop them from growing, again keeping the cancer under control. 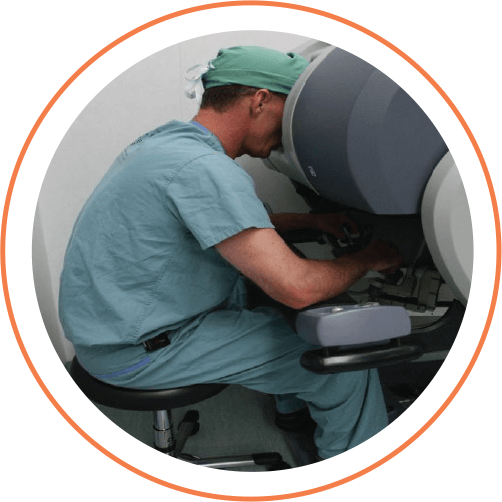 While radical prostatectomy has its roots firmly in the past, modern advancements mean that surgeons have perfected the procedure for safe use in cases of localised, isolated prostate cancer. As before, it involves the removal of the prostate gland through either perineal or retropubic prostatectomy, alongside a more modern, less invasive method – keyhole surgery. In many cases where cancer hasn't spread beyond the prostate gland, radical prostatectomy has cured it. 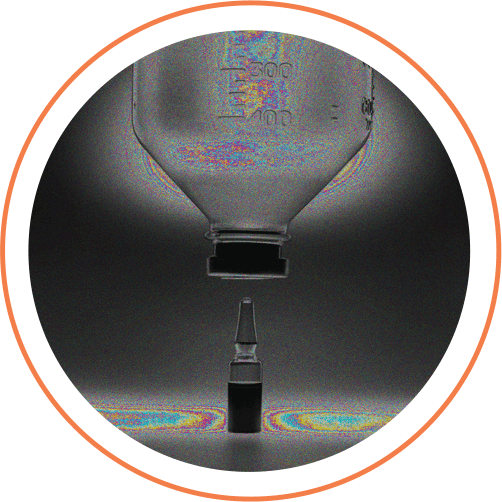 Chemotherapy is one of the most widely used treatments for prostate cancer, especially in advanced cases. The drugs destroy cancer cells by interfering with the way they multiply, keeping the disease and its symptoms under control. The most common chemotherapy drug is docetaxel (Taxotere), although cabazitaxel (Jevtana), mitoxantrone (Novantrone) and several others are also used.

What is PSA testing?

It is down to constantly evolving research and tireless fine-tuning that these treatments have become so effective, and dramatically improved the survival rates of millions of prostate cancer sufferers.

THE RISE OF THE SURVIVORS

It's hard to believe that just fifty years ago, the average survival rate for men with prostate cancer was a mere one or two years. Diagnosis came too late, treatment was lacking, and patients slowly slipped away.

Thankfully, we live in an age where prostate cancer patients have access to a range of diagnostic tests and effective treatments, and as a result, are surviving for much, much longer. The latest figures (dated 2005 – 2009) even show a dramatic increase on rates from as recently as 1975! 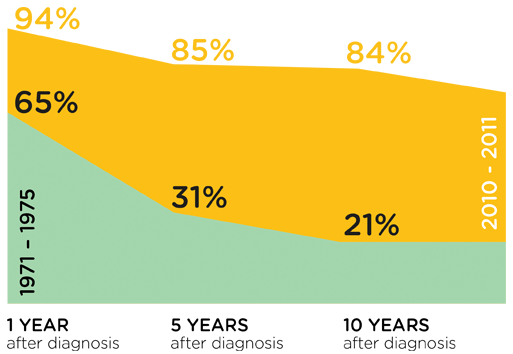 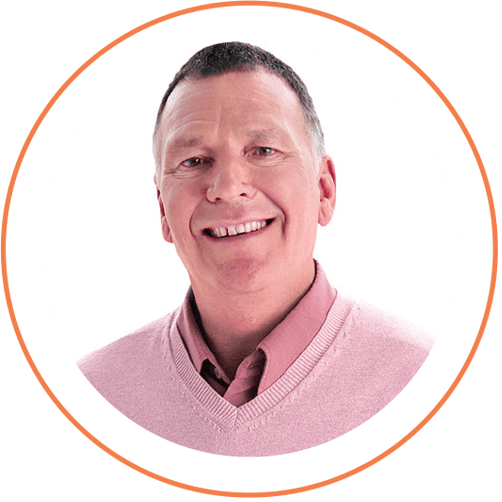 One of these survivors is Kevin Thorpe, a Benenden member who, thanks to a swift diagnosis and quickly implemented treatment, now has many more years ahead of him.

All men aged over 50 are entitled to a free PSA test on the NHS.

Kevin's story starts with a visit to his GP. After experiencing a urinary problem, he was referred to a specialist and underwent a TURP operation, where it was discovered that he had prostate cancer. Here, Kevin talks about his experience of diagnosis and life-saving treatment, and how he isn't sure whether he'd be here today if it wasn't for Benenden's help.

DISCOVERIES THROUGH THE AGES

Prostate cancer patients like Kevin are lucky enough to have over a hundred years of research on their side, while even testicular cancer patients are benefitting from a rapid rise in discoveries. If it wasn't for the continued findings uncovered by scientists and specialists, who knows where we'd be today?

Click on the our timeline below to find out more

A survey discovers that while one third of men admit to spending almost an hour grooming themselves each day, the same number never bother to check their testicles.

To learn how to regularly check yourself, visit ballstocancer.co.uk/how-to-check/

Prostate cancer discoveries in particular advanced at an astonishing rate in 2014, giving hope to not just millions of prostate cancer patients, but the one in eight men at risk of developing the disease.

However, none of this could have been achieved without the essential funding now invested in cancer research.

WHO FUNDS THE RESEARCH?

Just as in days gone by, funding for prostate cancer research is largely provided by the government, with the Department of Health declaring they had invested £104 million into cancer research in 2012. Nowadays though, research also has an additional source of funding – charities.

Using generous donations from the public, prostate cancer charities are able to fund vital research programmes and support services, and even create new initiatives. Admittedly, there is significantly less support given to prostate cancer than other cancers, but three charities in particular are fighting to make this a thing of the past.

Movember has become one of the most recognisable charities associated with prostate cancer. It was formed in 2004 as a simple awareness idea, by 30 Australian men who decided to cultivate a moustache throughout the month of November. The concept quickly went global, and saw the original Movember-30 form what is now the Movember Foundation. Despite very humble beginnings, the charity succeeded in raising £20.4 million in 2013 alone, with £15 million going to Prostate Cancer UK's research and community support initiatives.

WHAT DOES THE FUTURE HOLD?

It may have taken more than 100 years for our understanding of prostate cancer to get to where it is today, but our knowledge only continues to grow. There is no denying that awareness around prostate cancer falls drastically short of the level it should reach, but with the help of charities, fundraisers, celebrities and scientists, it is most certainly growing.

So much so, in fact, that the future for men who have, or are at risk of prostate cancer is underpinned by hope. If recent discoveries are acted upon with continually advancing research techniques, there is a likelihood that targeted genetic testing could be made available to at-risk men, prostate cancer can be detected at the earliest possible stage, and unsuccessful treatments identified and altered as soon as possible. One day, we may even discover a cure for prostate cancer, but until then, why not do your bit to help?

From raising awareness of the disease by telling loved ones about the shocking facts and statistics, to raising money by completing a sporting event (or, indeed, growing a moustache for Movember), every little act helps to strengthen the fight against prostate cancer. 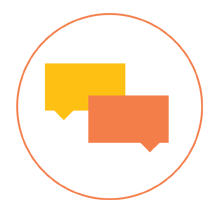 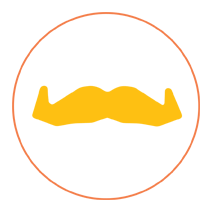 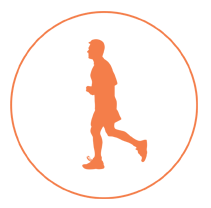