Why oat cuisine is all the rage

Porridge is no longer a modest breakfast, writes Sue Quinn

It used to be seen as a bit of a dull affair: worthy gloop made with oats, water and salt – maybe with a dribble of honey to help it slip down. How times have changed for porridge.

Glance at recent cookbooks or restaurant menus up and down the land, and it’s clear that porridge has transfigured from gruel to gourmet fare. These days, the dish is all cacao nibs and date syrup, amaranth and buckwheat flakes, turmeric and coconut milk. The trend for healthy eating has fuelled this renaissance.

“Porridge is a fantastic source of slow-release carbohydrate, which will keep you feeling full through the morning (or afternoon or evening!),” says Alana MacDonald, registered dietitian and spokeswoman for the British Dietetic Association.

What is the best breakfast to stay healthy? We gathered some interesting figures to help you make choices for the most important meal of the day.

Such is the extraordinary rise in popularity of this hearty breakfast that sales rose by more than 30% to £246m between 2011 and 2016, according to Mintel.

There’s even a London restaurant dedicated to it – the stylish 26 Grains serves cold and savoury porridge alongside sweet versions artistically embellished with fruit, seeds, nuts and syrups.

Upmarket venues also boast porridge on the menu. If quinoa and flax seed rings your breakfast bell, a bowlful is yours for just £10.50 at The Foyer restaurant at Claridge's.

Amid the resurgence, it’s easy to forget that, historically, porridge has been a humble meal, often eaten in desperation. From Denmark to Mexico and Nigeria to China, ground-up starchy grains cooked to softness with water, often over an open fire, have filled bellies and staved off hunger for thousands of years. Of course, the UK has a special relationship with porridge and secretly fancies the dish as its own invention. Since 1996, Scotland has hosted the annual World Porridge Making Championships with the coveted Golden Spurtle Trophy going to the best traditional version made with just oats, salt and water. It’s one porridge bowl where the likes of goji berries or miso paste won’t ever be allowed.

Porridge is an excellent dish for experimenting with flavours. A 3:1 ratio of porridge oats to flaked grains such as quinoa, amaranth, buckwheat or rye imparts a deep, nutty flavour.

Finely grated citrus zest, vanilla seeds, cinnamon, cardamom pods, bay leaves, flaked coconut or cocoa powder add flavour and brightness. And pop grated apples, pears or peaches in with the oats for added depth and healthiness. Milk adds richness and decadence; how much you use depends on personal taste, but a 1:1 ratio of water to coconut, almond, cow’s or goat’s milk works brilliantly.

It is often considered a warming dish, but porridge needn’t be confined to the winter table. Soak grains and grated fruit overnight in fruit juice and milk and pop in the fridge. By morning, you’ll have a cooling porridge-like mixture to which you can add your favourite toppings.

What is the best breakfast if we want to stay healthy? We gathered some interesting figures to help you make choices for the most important meal of the day...

6 cheap, healthy foods to stock up on

Journalist and nutritionist Lowri Turner has 6 tips for boosting your health on a budget... 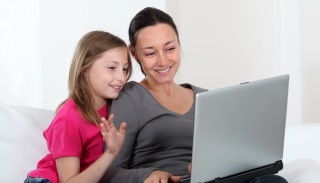 With Personal Healthcare, we offer an online face-to-face consultation with a practicing, qualified GP in the comfort of your own home or at work

Do you know how to eat healthy? 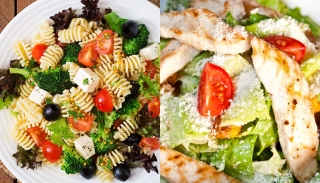 How much do you really know about what's in your food? Take our quiz and guess which of the following foods and drinks are healthier for you.

Take the quiz on eating healthy

What is the best breakfast if we want to stay healthy? We gathered some interesting figures to help you make choices for the most important meal of the day...

6 cheap, healthy foods to stock up on

Journalist and nutritionist Lowri Turner has 6 tips for boosting your health on a budget...